Recently used my Lastolite Hi-Lite 6 x 7 foot background for a shoot at Telefonica up in London. The great thing about the background is that it’s a ‘pop-up’ just like their reflectors making transport much easier without trying to carry a near 9 foot paper roll!

Set up is very easy by letting it ‘spring open’ once out of its carry bag then then bracing each corner with the posts supplied. Each side has a zip so depending on whether you need it landscape or portrait its easy to zip in one or two flash heads.

I use a two head kit so zipped one in on the left side & used the other with a softbox to light my subjects.

One of which was Alex Gregory MBE. One of the coxless four Olympic gold medal winning rowers. 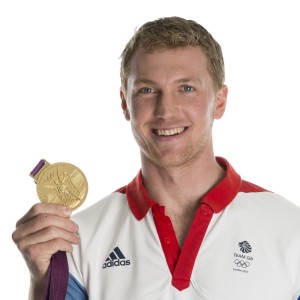 My last encounter with an Olympic rower was with Sir Steve Redgrave at Wentworth Club. He was playing the 10th hole on the West Course in a corporate golf event & surprised the guests while putting out on the 9th green by using one of his medals as a ball marker!

But my first was with the Gold medal winning Searle brothers, Greg & Jonny along with their cox from the 1992 Barcelona Olympics Garry Herbert.

They have all been a pleasure & made a photographers job much easier. Thank you & well done!